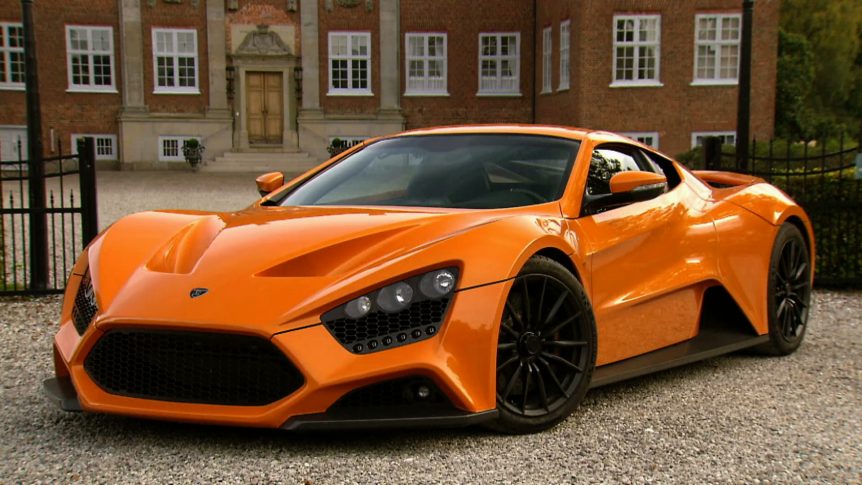 Are you looking for a new supercar to spice up the garage? Just a car enthusiast? Either way, this list of the fastest supercars in the world should be a great place to begin your research on your favorite models and companies. Prices are included as well, for those who are curious how far each model will set you back.

Tenth on this list is this limited-edition car. Aston Martin only produced a total of 77 of these cars, hence the name. It has a top speed of 220MPH and can accelerate from 0-60MPH in only 3.5 seconds. This engine produces 750 horsepower and 800 ft-lbs of torque. Currently, these cars can be bought for at least $1.87 million. Oftentimes, the price needed for one of these cars is even higher than that. Part of the reason for the high price, however, is due to the severely limited production and supply of these vehicles.

While this car is the ninth fastest in the world with a top speed of 230MPH, it is also incredibly good looking. It has iconic gullwing doors and deep paint jobs. The Huayra also features a V12 engine that produces 730 horsepower. Unsurprisingly, this is an expensive car, starting at $2.6 million. Only 30 cars are built yearly, as the company spends at least six months on each model. Worldwide there are people on waitlists for Huayra models. This also impacts the exponential cost of the car.

This is a newer car on the market, from the Netherlands. Granted, the Dutch aren’t normally known for supercars, but this classic orange machine tops out at 233MPH with only a V8 engine. It can produce well over 1000 horsepower and over 1000 ft-lbs of torque. Like many supercars, production of these vehicles is limited. Thus, the minimum cost is $1.8 million. Due to updates and new releases, the newer models from the company are significantly more expensive than the ST1, although they are loaded with new features.

The McLaren has been a famous car for an insanely long time. Designs of this car are fantastic to some, despicable to others. Irrespective of tastes, however, the McLaren F1 has a top speed of 241MPH. Before the new era of supercars, the McLaren F1 was the fastest car in the world. It has since fallen to seventh place. When they were originally produced, the F1 sold for around $1 million. Since supercars appreciate over time, they now sell for anywhere between 8 and 15 million dollars, depending on the mileage and specific model.

This sharp and small little model was one of the first cars to beat the speed of the McLaren F1. It has a top speed of 242MPH. Obviously, with its place at sixth on this list, it has fallen to a lower rank as well. This car features a ghost symbol on the hood, honoring the soldiers of the air force squadron that used the buildings that these cars are now produced in. CCRs are rare vehicles but if you are looking to buy one, expect to pay at least $1 million, if not much more.

American manufacturers have flirted with competing with European supercar companies. While these are slim and sleek cars, they have not been nearly as successful as some of the other industry titans. Still, the SSC can hit an impressive 256MPH. For those looking to pick up a ‘more affordable’ supercar, this one is a great bet. The SSC Ultimate Aero is one of the few cars that can be purchased for under a million dollars. Currently, models are available starting at $750,000.

Another American car that was meant to be a spoof on the Porsche 911, hence the incredibly similar name. The body shape and design of the car are also remarkably like that of the Porsche. Despite having little to none name recognition, this car is the fourth fastest in the world with a top speed of 257MPH. This is another ‘cheaper’ supercar, that can be acquired for somewhere around 1 million dollars. The exact amount varies depending on the mileage, model and other specifications. Like the SSC, the American cars are less popular and thus, less expensive despite their speed.

Bugatti is a well-known name in the car industry and for good reason. The Veyron is a futuristic car and an absolute beast. It has a nearly unheard-of W-formation 16-cylinder engine with an eight-liter capacity. It can achieve a top speed of 268MPH. Models of this car range from $3 million for the base models to over $5 million for good condition special release versions. Interestingly, getting an oil change or other routine maintenance on a Bugatti costs more than buying a new Toyota Camry.

In second place, the last American car on the list. It is modelled after the Lotus, which is incredibly obvious after a single look at this car. It can reach speeds of up to a staggering 270MPH. Even though production of these cars is limited to about 30 annually, the car only sells for $1.2 million for the base model. This is likely due to the poor market performance of American cars despite the astounding specifications and speed of the vehicle.

Finally, the Koenigsegg Agera R, the current fastest car in the world. It doesn’t have the biggest engine on this list by far, with only a 5L and V8 engine. Regardless of engine size, the Agera R has a top speed of 273MPH. If you want to own one of the fastest cars in the world, it will cost you at least $2.1 million dollars. If you want to add extras or get a more exclusive model than the base Agera, expect to pay significantly more than that.